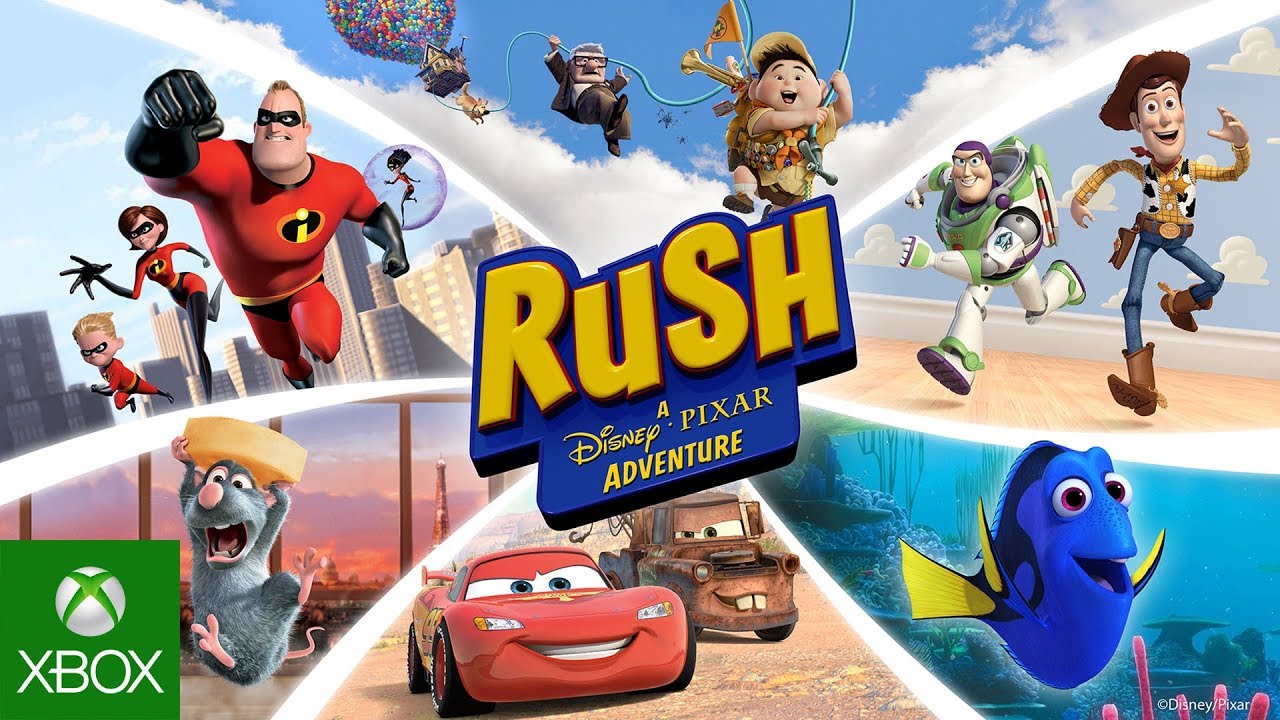 Rush: A Disney•Pixar Adventure invites families and fans of all ages to experience the worlds of six beloved Disney•Pixar films like never before. Team up with characters from The Incredibles, Ratatouille, Up, Cars, Toy Story, and Finding Dory to solve puzzles and uncover hidden secrets.

You and your favorite Pixar character can interact on screen and play cooperatively to solve challenges. Move from fast-paced puzzle-solving to moments of pulse-pounding agility and speed.